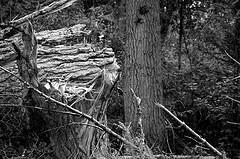 Some clusters came to be so large that pressure inside came to colossal ends, both hydrogen atoms came to crash some with others in a thermonuclear reaction that ignited the first stars in the universe, the clash of the hydrogen atoms were formed heavier atoms, helium, lithium, carbon, oxygen, iron and all the atoms that form part of our bodies, our clothes, our houses, our planet. The formed stars billions of years later took a similar birth, but they gave the circumstance that in their vicinity condensation of heavy atoms, some of them so large that gave origin to the planets that accompany the stars were formed. Six thousand millions of years ago began to condense the Sun, and its is condensed around various planets, one of which is the Earth. Four thousand five hundred million years ago the Earth was an incandescent ball of molten rocks constantly bombarded by meteorites. Continuous chemical reactions giving rise to more complex molecules occurred during two or three thousand million years ago on the surface of the Earth. And about two thousand million of years were formed, mercy to the laws of chemistry, physics and random molecules capable of auto replicate, thus giving birth to the first virus. During billions of years those first virus spread through every corner of the planet where could survive trying new chemical and molecular combinations until after millions, billions, trillions of experiments, was created the first living cell.

Life evolved quickly to give place, only eight hundred million years ago to the first multicellular organisms, barely two hundred million years later there were thousands of different species populating the depth of seas and beginning the conquest of the Earth’s surface. Millions of plant and animal species have arisen, have conquered a plot of the planet, have struggled for survival for thousands or millions of years, then they have gone extinct leaving the site for which emerge new species, new experiments of nature. He makes less than one hundred thousand years a species of apes learned to survive manufacturing tools that replace them to the claws and muscles that lacked, this species developed a language that allowed him to communicate with their peers to improve their living conditions and to transmit their knowledge to the next generations. The language gave the man much more than a means of communication, also gave him a means to describe the world surrounding him.